CleanBot has now been added. With the recent addition of dirty floors and spiders spawning on them, it only makes sense to add an automated way of making sure your rooms are clean. CleanBot will look for dirty floors and clean them. Right now, they have infinite energy, but in the next update, they will have limited power, and requires recharging.

Two types of food are also added. Vegan Pizza and Slimy Meat Pizza. And chicken has also been added as a new pet or perhaps a source of animal meat for your recipes.

The basic starter weapon is a lead pipe, which can be limiting against stronger mobs late in the game. Katana is a new weapon that'll allow you to hit 3 enemies at once. Gotta swing it like a true samurai. 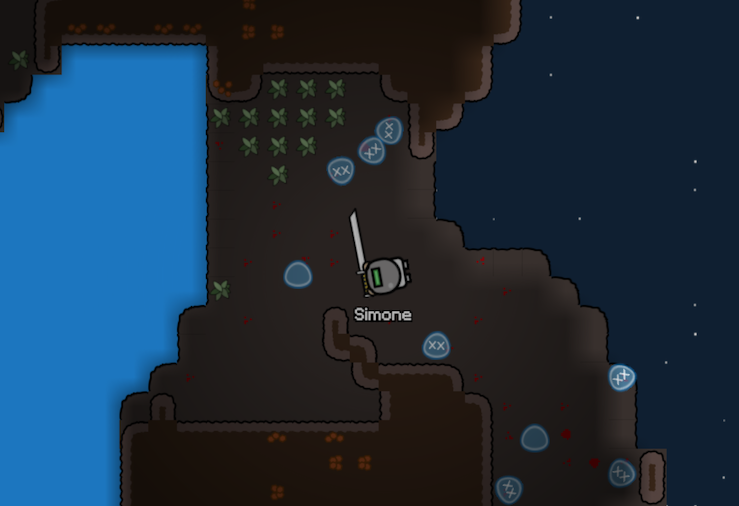